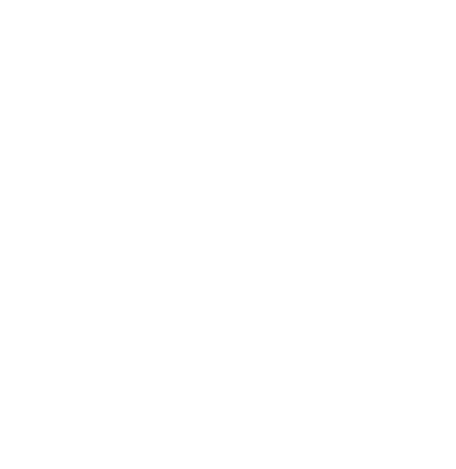 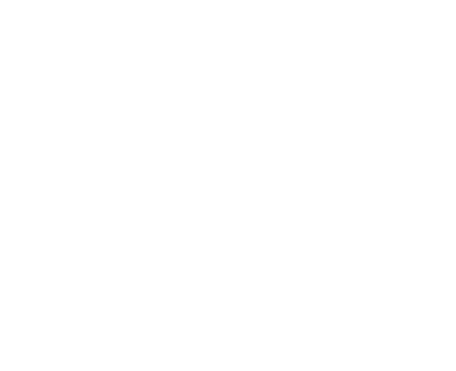 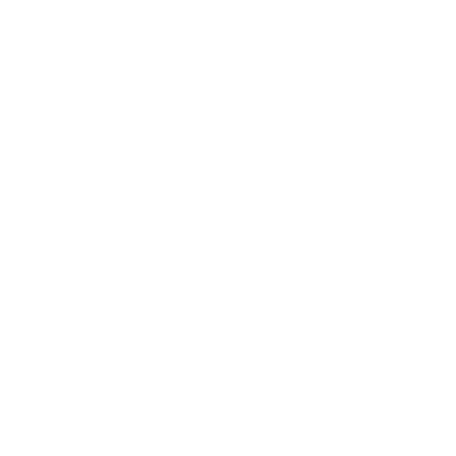 I first got to know Daniel over twitter. Through a series of tweets we also quickly realized we were neighbours, yet never met. I remember Daniel tweeting about his girlfriend and when her and her cats moved in to his apartment, meaning we all got a play-by-play summary of how their relationship was developing and growing stronger.

Daniel emails me and writes he would like to propose to his girlfriend on their upcoming trip to New York, but the deadline is fast approaching. He also tells me it so happens that she had admired rings long in advance that very much looked like the recent re-make of Lady Diana’s blue sapphire ring that Prince William proposed to Kate Middleton with.

I had the perfect EVStenroos variation of the design in mind, and a gemstone broker in Toronto that could offer me a perfect selection of oval royal blue sapphires that would work with the design as well as his budget. With a few suggestions I was able to offer him the absolute perfect stone, to make sure the ring would be everything she could have dreamed of. 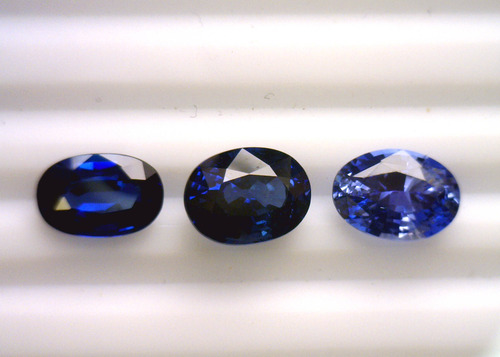 The ring was coming together nicely despite the time-crunch we were under. Not only was Daniel whisking away Kimberly to New York, but I was also heading out of town a few days before their departure date. Hot off the work-bench and on my way to the airport I delivered the finished ring to Dan; perhaps not normal practice but it worked for both of us! 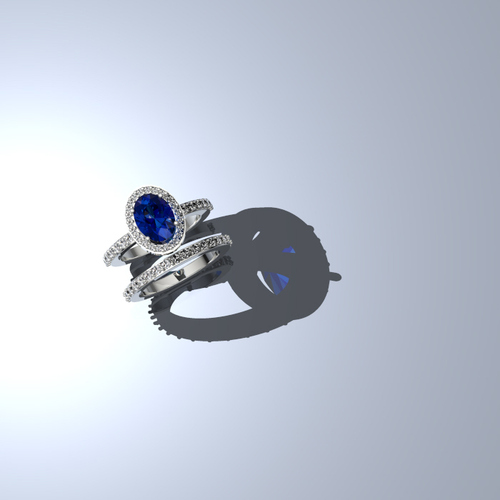 I spent the rest of my time away checking his twitter feed to find out if and when he had proposed. I was dying to find out if the ring fit and what Kimberly thought of it. Turns out Daniel knew exactly what his girlfriend wanted, and she said yes!

Once they were back in Calgary we got together and I finally got to meet Kimberly. She loved the ring and it was absolutely perfect on her hand. I got to hear all about the romantic and personal proposal, that happened river-side in Brooklyn. They were both beaming with excitement and complete utter love.

We continued to meet up for drinks, banter online and develop a friendship while planning their wedding bands. Kimberly’s wedding band was straightforward because we were matching the bead-setting from the engagement ring in a full diamond band. Daniel wanted to design something unique for his ring and we bounced ideas back and forth for a while. Daniel wanted something special and unique, but still something that could be a natural part of his life for decades to come. After providing them with a few design proposals in CAD drawings we decided on a ring that could evolve and change with Daniel’s wear and tear, and their lives. The inside sleeve was to be made out of 18k palladium white gold with a centre lining of sterling silver that would be blackened. As much as blackened silver is not a temporary treatment, the idea was that Daniel himself could treat and abuse the silver to reflect and react to his daily life. Simply by subjecting sterling silver to chlorine it blackens, so with him being an avid swimmer we figured the ring could somewhat maintain itself. 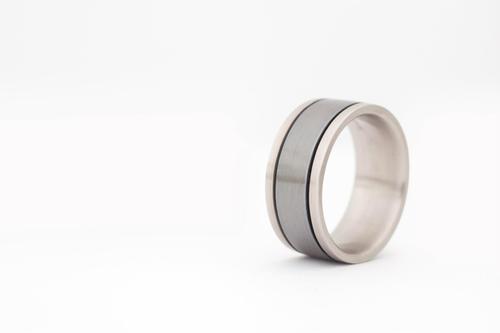 This June Kimberly and Daniel got married in Calgary, on a gorgeous sunny summer day. Kimberly looked as regal and beautiful as a ‘Kimberly King’ should, and a handsome Daniel was in awe of his gorgeous wife-to-be. Not a single eye was dry when they read their personally written vows to each other.

ellinor@evstenroos.com
Subscribe to Newsletter
*We will never spam you or use your email address for anything but sending on average 1 email/month full of jewellery and design updates and helpful tips and stories of jewellery we love. 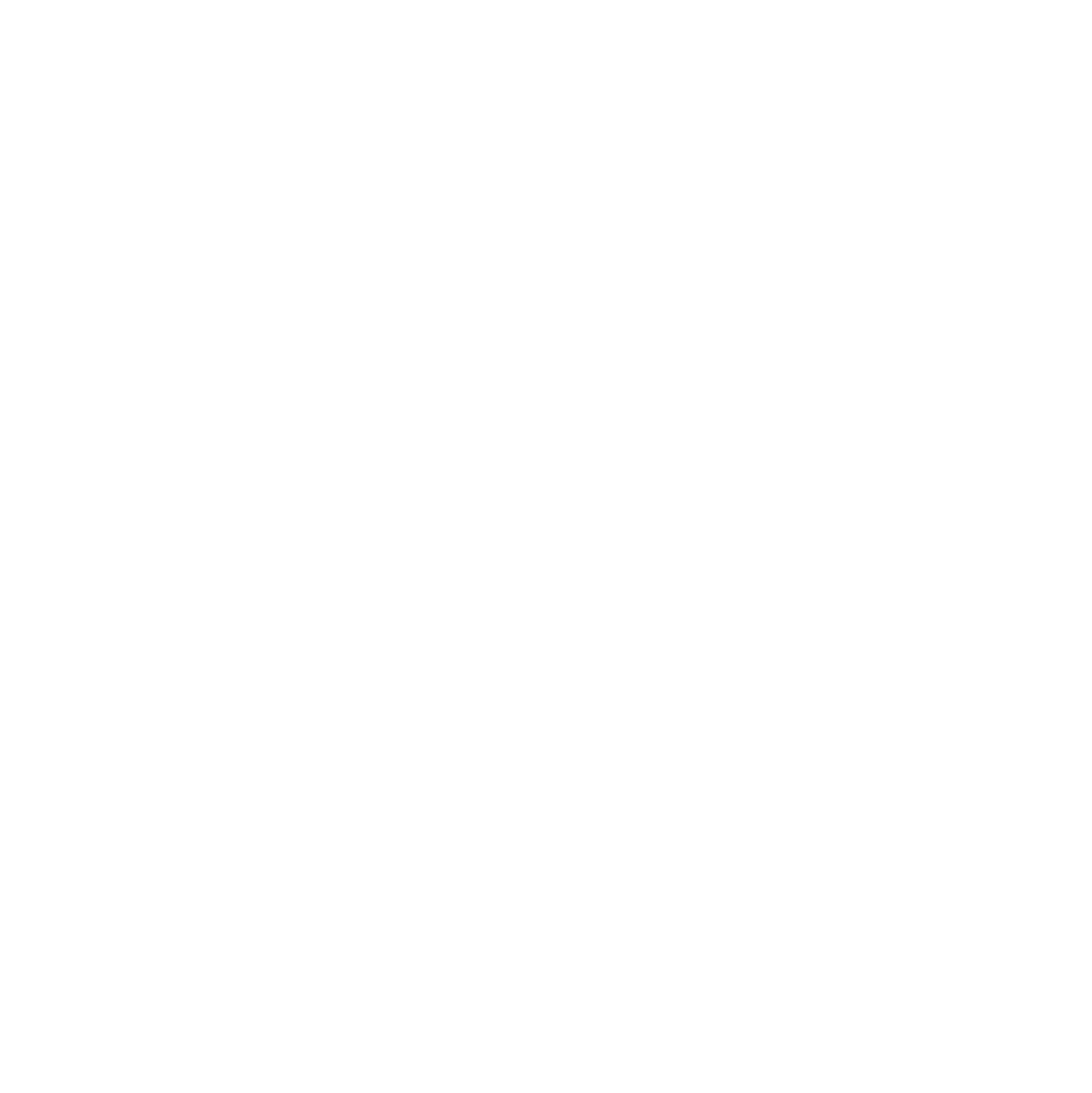